Depression is a mental disorder that affects our way of thinking and feeling, generating a feeling of deep sadness and uneasiness, anxiety, as well as a tendency to move away from people in our immediate environment and a loss of interest in activities that we used to enjoy or do on a daily basis.

Depression generates a series of physical and mental symptoms that can vary in intensity depending on the severity of the disorder and other genetic and psychosocial factors that affect the person.

Symptoms of mild depression include:

The symptoms of a moderate depression include those already described in the case of a mild depression experienced with greater frequency and intensity, mainly with regard to difficulties in falling asleep, fatigue and anhedonia. In addition, others may arise as the absence of sexual desire, low self-esteem, feelings of worthlessness or guilt and problems with attention and concentration.

The symptoms of severe depression include those described in cases of mild and moderate depression, to which must be added a feeling of discomfort and persistent hopelessness that is often accompanied, in the most severe cases, by thoughts of self or suicide that require immediate psychiatric attention.

Although depression is typically referred to as major depressive disorder, there are a number of other related disorders or disorders with similar symptoms that we highlight below:

Major depression or major depressive disorder is what we all commonly know as clinical depression and is characterized by a low and persistent mood, accompanied by low self-esteem and loss of interest (anhedonia) in activities normally considered enjoyable. For its diagnosis, other conditions with coinciding symptoms must be ruled out, such as dysthymia, adaptive mood disorder or bipolar disorder.

Seasonal depression or also known as seasonal affective disorder is related to the changes in seasons, beginning and ending at the same time each year. Depressive-type symptoms begin in the fall and persist throughout the winter months, and typically include: low and irritable mood, malaise, lack of motivation, sleep difficulties, and anhedonia..

Endogenous depression differs from the major depressive disorder we all know in the causes we attribute to it: internal rather than external factors. This means that the causes of this type of depression would be endogenous and not exogenous, such as the person's life events (the loss of a loved one, a traumatic experience, etc.). The endogenous factors point to certain genetic components, which could be activated more in autumn and winter.

Dysthymic disorder or dysthymia is a milder, more persistent type of depression. What differentiates it from major depressive disorder is its duration and intensity: in dysthymia, the symptoms are sustained continuously over time and the level of intensity of the symptoms is significantly lower than in its "big sister". However, to be diagnosed, the symptoms must remain constant for at least 2 years.

Depression and chronic anxiety can partially overlap: more than half of those with either of these mental health problems have the other as well. In these cases, it is usually spoken of a mixed anxiety-depressive disorder. This clinical picture is characterized, mainly, by a feeling of sadness and persistent anxiety, with a duration of at least one month. The rest of symptoms that arise are very similar to those of a typical depressive picture.

People most vulnerable to depression

There are certain risk factors that can make depression appear more easily. One of these conditions is early childhood, a critical period for personality development that we should not neglect in order to reduce the chances of its appearance in the future. Another factor is genetics, which we cannot control. And a third condition: our habits of behavior and thoughts. People who are more optimistic, strong and resilient are less likely to suffer from these types of disorders.

Prolonged confinement due to the coronavirus pandemic is a risk factor for the emergence and exacerbation of depression or depressive symptoms, especially in people predisposed to or with previous psychiatric pathologies. This new reality that we have had to live is a hard drink for those people who must face for the first time a situation that they have never lived before, testing their psychological coping mechanisms.
If you are suffering from depression or depressive symptoms as a result of the confinement and the pandemic we are experiencing, and especially if you have a basic psychiatric pathology, it is advisable to seek psychological advice as soon as possible. Tackling depression in the early stages with the help of a professional will make a difference, and will improve the prognosis and possibly the intensity and duration of the depressive episode.

Start
The Orientation Session allows you to learn how Psonríe works and have a professional help you identify and define your practice to make your online therapy sessions more effective, and it's for free
Coming out of a depression should be done under the guidance of a qualified professional. Facing a depressive episode with psychological help guarantees a better prognosis of the illness and to be able to alleviate the symptoms with professional and useful tools that the psychologist will provide you with during the treatment. Online therapy is increasingly in demand because it allows you to talk to your psychologist instantly, 24 hours a day and without waiting, and you get the same results as in a face-to-face situation.
Online therapy is already one of the most demanded alternatives to address depression and depressive symptoms, especially in a context of confinement or quarantine as we currently live. Psychological help is necessary to get out of depression and learn techniques and procedures that we can put into practice in our daily lives to better cope with the stress and tension of these complicated moments.

Start
The Orientation Session allows you to learn how Psonríe works and have a professional help you identify and define your practice to make your online therapy sessions more effective, and it's for free
Postpartum depression is a disorder that can affect some women after giving birth. The most common symptoms are intense feelings of sadness, anxiety, malaise, fatigue, and lack of interest that make it difficult to carry out the daily activities they need to do, such as caring for themselves, their newborn, and others.
Postpartum depression, like any other type of depression, needs to be treated by a qualified professional. Online therapy, which allows you to talk to a psychologist immediately and from home, is a useful tool for affected mothers to vent and learn to manage the flood of new emotions that appear after giving birth.

Start
The Orientation Session allows you to learn how Psonríe works and have a professional help you identify and define your practice to make your online therapy sessions more effective, and it's for free
To combat the psychological impact of returning to routine, it is advisable to follow a series of guidelines:


Not everyone is able to adapt to a new work period on their own after a long vacation season and follow the recommended guidelines. When post-vacation depression appears, we should ask for help from a professional. Psychological therapy will help us to reorient our life goals and put our daily lives in order to overcome our fears and adapt to daily life again..

Start
The Orientation Session allows you to learn how Psonríe works and have a professional help you identify and define your practice to make your online therapy sessions more effective, and it's for free
Depression can also occur in children and is a disorder that interferes with their development significantly. The symptoms do not differ much from those that appear in an adult, except perhaps for the mood, which in children tends to be irritable rather than sad. When we detect that our child is suffering from depression, we should ask for professional help.
The main goal as parents is to identify when our children have a problem. Childhood depression is a mental disorder that causes many difficulties in children and the task of parents is to learn coping strategies that can be taught by a professional and that are useful to address these types of problems on a daily basis. A child psychologist will provide them with the necessary tools to overcome this and any other psychological problem.

Start
The Orientation Session allows you to learn how Psonríe works and have a professional help you identify and define your practice to make your online therapy sessions more effective, and it's for free
Older people are a population group vulnerable to depression, given the high percentage who suffer from previous pathologies and have been confined in solitude for a long time. Confinement due to the pandemic has triggered psychological problems in older people, with symptoms typical of depression and others such as loneliness, irritability or hopelessness.
Older people can also benefit from psychological help. Precisely, one of the objectives of online therapy is to make psychological treatment more affordable and accessible to these people, who often find themselves alone or unable to travel to a face-to-face consultation. The psychologist can help them to cope better with the transition to the new normality after confinement.

Start
The Orientation Session allows you to learn how Psonríe works and have a professional help you identify and define your practice to make your online therapy sessions more effective, and it's for free
Depression in one partner can affect the other partner's mental health. Having a partner with depression can increase depressive episodes and even precipitate previous undiagnosed pathologies. Situations of prolonged confinement, such as the one we are currently experiencing, are also a risk factor that multiply the probability of suffering from depression and related disorders.
If you detect that one of the members of the couple suffers from symptoms of depression, such as feelings of hopelessness, lack of interest and motivation, difficulties in sleeping or irritable and depressed mood, it is important to seek the help of a professional expert in couple therapy who can help both members to solve this and other psychological problems.

Start
The Orientation Session allows you to learn how Psonríe works and have a professional help you identify and define your practice to make your online therapy sessions more effective, and it's for free

We are a service of online, private and immediate attention psychological orientation, specialized in day-to-day psychological problems. We offer psychological help by chat, voice and video with licensed psychologists, where and when you need it. High quality and personalized attention at a very affordable price.

Or with prior appointment

Where and when you want it

Start your session now with one of Psonríe psychologists and besides feeling better, you will save time and money. Just follow these simple steps: 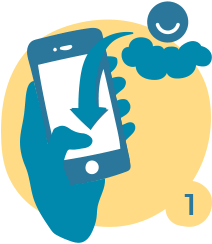 Our application is available for free on Google Play. For Android and iOS phones. 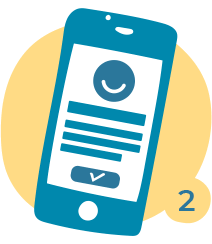 Create your profile and fill in your details

All the information you give us is 100% anonymous but we need some data to get started. 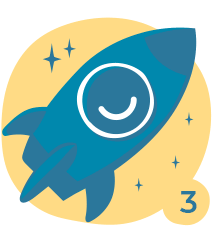 In the Orientation Session you will talk to one of our psychologists to help you take the first steps before your consultation or therapy. 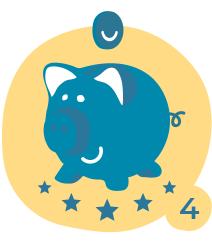 The chat, voice and video sessions last 25 minutes, and their price ranges from 18,00€.